Investment doesn’t have to just be about real estate and stocks. As the number of super-wealthy people increases, the value of passion investments like collector cars, jewellery, and art has become more and more significant. 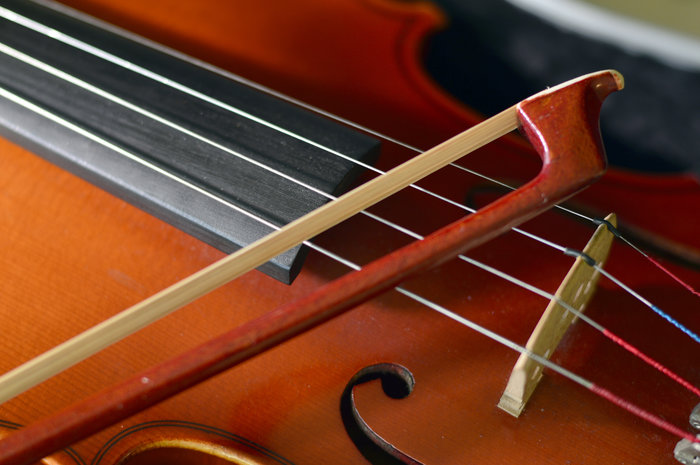 Regular financial investment is all about corporate growth, and economic productivity. This utilitarian approach assigns value to your investment purely on the basis of what kind of economic output it can produce, rather than on the cultural or aesthetic value.

Passion investment, on the other hand, works in a fundamentally different way. Luxury purchases like rare jewellery, art, and cars don’t work the way your investment in a business would. Rather, their value is defined by their rarity, quality, and what they represent culturally to the communities who appreciate them. As this value is increasingly recognised by communities of passionate investors and enthusiasts, and as global wealth grows, more people pursue these luxury purchases. This, in turn, raises the demand and the value of those items more.

A glimpse into passion investing

Getting a good overview of global passion investing as a whole requires a broad worldwide overview of the sale and possession of luxury goods and collectibles. The Knight Frank Luxury Investment Index (KFLII) uses a variety of other indexes to track a selected basket of collectible luxury goods, including luxury cars, art, jewellery, and other popular passion investments in order to create that broad overview. In 2015, the value of the KFLII rose by 7%, showing that luxury investment is growing worldwide, despite a 5% drop in the value of the Financial Times Stock Exchange (FTSE 100) equities index, and an anemic 1% growth for the top end of London’s residential real estate market.

Despite this healthy general growth, it’s important to keep an eye on exactly which asset classes on the KFLII are are doing exceptionally well, and which aren’t. In 2015 investors have broken numerous price records for all kinds of amazing luxury collector’s items, while some asset classes have stagnated. That’s because different types of assets attract different types of investors in different parts of the world who have a wide variety of different cultural backgrounds and interests.

The first obvious example we tend to jump to when we think of high value passion investments is art, and the passionate collectors who spend years hunting down unique pieces from their favourite artists. While that’s certainly one type of asset that passion investors might pursue, investors actually collect all kinds of high value luxury items, from gems, to wine, to musical instruments, to coins, to cars. The “best” choice is the one you’re most knowledgeable about and most comfortable with; it’s about expressing yourself through your investments.

Further, it’s important to consider that different cultural and geographical factors influence what types of luxury investments are popular in different regions of the world. A sample of popular passion investment choices might include:

Luxury cars
The most popular and also fastest growing passion investment today is luxury collector cars. Not only have they worked as symbols of independence and power for a century, they’re also an accessible genre to investors from all over the world, which makes them extremely promising for the future.

Some high end automakers are even beginning to roll out more off-road models to accommodate tougher roads in emerging countries, and the entertainment goals of younger investors. This is designed to feed the appetite of major luxury car aficionados in countries in the Pacific region and in Africa, where high end automobiles are far more popular than the global average. Only Europe has a higher rate of luxury car investment.

Art
Art might be the original passion investment, and it’s still very popular all over the world. Besides its inherent aesthetic value, art provides a unique perspective into the times, cultures, and particular artists that produced each piece. The primary global hub for high value art collecting is still Europe, which shouldn’t come as a major surprise considering the continuing dominance of European art in the art collecting world.

Yachts
Yachts offer the ultimate private sanctuary for people with plenty of money and not enough time. They’re a great lifestyle investment, and are a great choice for adventurous people who want to be able to make active use of their assets. Globalising wealth is having an enormous effect on yacht ownership, and the Super-Yacht Sector (boats over 24 meters) reported over 40% growth in sales from 2014 to 2015. They’re especially popular in the Pacific region, where there’s plenty of beautiful coastline and open blue seas to explore. Less nautically inclined Asia, by comparison, has the lowest rates of yacht ownership in the world.

Jewellery
Another classic choice for passion investors is jewellery. More than nearly any other type of investment, gems and precious metals make an excellent hedge against economic volatility. Given recent political turmoil and economic events, assets that retain all of their value for an indefinite period are an excellent insurance policy against unexpected inflation and currency devaluations.

Jewellery, coins, gems, and other collectibles are far more popular in Europe than anywhere else in the world, though the number of collectors worldwide is increasing rapidly. Where the world’s top 200 art collectors came from only 17 countries in 1990, 2015’s list boasts members from 36.

Private Jets
A private jet, much like a yacht, isn’t just about holding or growing wealth, it’s an asset that you can put to work. Besides being a clear status symbol, private jets offer easy and convenient travel with a level of comfort and privacy that isn’t available any other way.

Investors in Africa and Latin America, in general, own private jets at a far higher rate than the global average. This is a result of a number of factors, most significantly a combination of poor commercial travel infrastructure and the vast geographical distance between business and travel hubs on those continents.

Wine
Wine is a popular passion investment all over the world. Not only is wine relatively accessible to investors of more moderate means, wine culture also introduces a social aspect to the investment that many people find rewarding and engaging.

As emerging markets all over the globe grow and bolster the global economy, more wealthy investors are joining the ranks of passion investors, effectively growing the demand for a relatively finite supply of luxury items.

While not all passion investors necessarily intend for their investments to appreciate in value over time, the rapid growth of the market in recent years is making passion investment for financial gain increasingly profitable.

The car market is exploding
On the KFLII, the classic cars market has grown by 17% in the last year, and by 490% over the last decade, making it by far the fastest growing asset class on the KFLII. A Ferrari 250 GTO became the most expensive car in the world in 2014, when one was sold for over $38 million in 2014. Since then, it’s been rumoured that others of the existing 39 have traded hands at or over $40 million in private transactions between individual collectors. Besides this, Jaguar, Porsche, and McLaren all had new all-time-high prices set for their respective makes, all above $10 million.

Jewel collectors are breaking records
Jewellery has grown 4% in the last year, and 156% over the last 10 years. This continued upward trajectory was marked by the record 48.4 million dollar bid that The Blue Moon, a fancy vivid blue diamond, received at auction in November. This makes it the most highly valued gem or piece of jewellery in history.

Art is holding its own
While art might not be the fast growing juggernaut that luxury cars clearly is, it’s a timeless classic that isn’t going anywhere soon. With respectable 4% growth in the last year, and an impressive 226% in the last decade, art remains a financially viable investment. Most notably, Paul Gaugin’s When Will You Marry?, a painting of two Tahitian girls, was sold for $300 million in Qatar, making it the most expensive work of art ever sold. Another priceless work of art, Picasso’s Women of Algiers, sold for $179 million in May.

Wine is growing rapidly
The Knight Frank Fine Wine Icons Index showed that wine is up by 5% this year. According to Nick Martin of Wine Owners, many investment-grade Bordeaux wines are now recovering well from the blow that was caused by the sudden drop in demand from China. Over the last decade in general wine has also performed very well, growing a total of 241% during that period.

Furniture, on the other hand…
Unlike nearly all other assets on the KFLII, furniture investment actually shrank by 6 percent. For passionate investors, however, that didn’t result in any serious issues. Despite this general setback, furniture secured a new record at auction when a Marc Lockheed Lounge sofa sold for $3.7 million this last April.

What about the economy?

The global economy in the past 10 years hasn’t been particularly stable with the American housing crisis in 2008, the sudden slowdown in China, and the economic crisis in the EU. Because of this, it might come as a surprise to less experienced passion investors that the luxury investment market has been positively booming during this entire period. Despite ongoing issues in established and emerging markets, wealthy collectors are continuing to thrive.

Contrary to what many might expect, this is not a fluke. These types of investments typically do very well during times of economic uncertainty. This is because tangible and durable investments like jewellery, coins, cars, and paintings will appreciate in value as they get older, or at the very least retain their value without depreciating. Ultra high net worth individuals (UNHWIs) in Europe are much more likely to currently own a collectible than their counterparts in Asia and Latin America. Rising demand in those emerging countries as the UNHWIs there work to stabilise their wealth is a large part of what’s driving the growth of passion investments globally.

It’s a great time to get involved
There are a variety of reasons that growth continues unabated and bids on these types of items break records year after year. As they get older, their history and relevance in their respective collector community grows. Furthermore, the growing number of passion investors with an interest in these items is increasing rapidly, and not just because of growing global wealth.

Beyond simple economics, globalisation is driving a global cultural homogenisation that makes these traditionally western pursuits more accessible and more relevant to potential investors all over the world. Of course yachts are unlikely to become very popular in landlocked countries, and private jets will always be most popular in places where they are most practical. Other goods, however, like luxury cars, wine, precious gems, and other collectibles aren’t strongly restricted geographically, and are likely to continue rise in popularity all over the world. While this process is still ongoing, we can expect the prices on the world’s most valuable collectibles to continue to rise rapidly.

Passion investing is a great way to marry your personal interests to your investment goals. If you’re not a member of the world’s super wealthy elite, you don’t have to don’t let that stop you. It might take $40 million to get your hands on a Ferrari 250 GTO, but you don’t have to start there. Look into the things you’re passionate about to see what kinds of investment opportunities might await within your means.